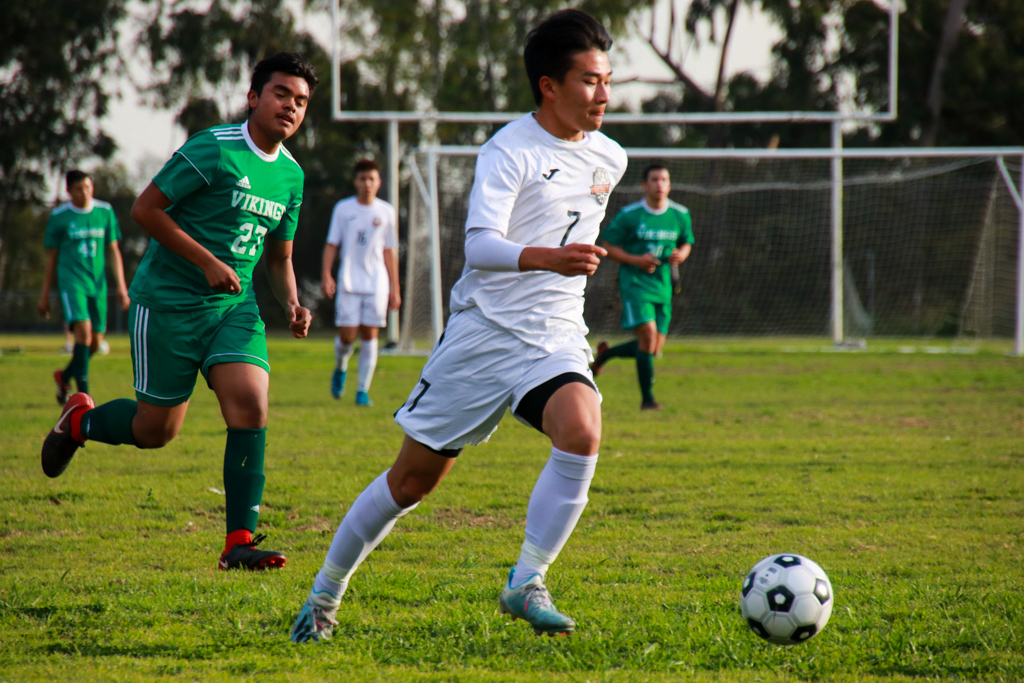 Boys soccer defeated the Blair Vikings on Wednesday, Jan. 8, with a 5-4 final score.

The Tigers’ diverse attack flashed its potential, with scores from five different players and assists on every goal, while Blair continuously exposed the South Pas back line. The Tigers’ high-powered offense was just enough to overcome their porous defense, enabling them to walk away with their first league win.

From the start, Blair easily maneuvered past the South Pas defenders, but senior goalkeeper Ignacio Quibilian didn’t allow them to complete their mission. Quibilian would finish with three saves and only one goal conceded.

Offensively, sloppy communication prevented the players from stringing together multiple passes. But with the help of senior Braden Wong’s defensive steals and blocks, the Tigers ran off on a breakaway and Wong slipped a close strike past the opposing keeper.

The ball remained on Blair’s side most of the game, but South Pas was unable to complete passes and get the ball through the goal. Finally, junior striker Caleb Lee converted another shot inside the box for the Tigers, through finding a gap in Blair’s defense and capitalizing on the opportunity.

The Vikings switched to a quicker, shorter passing approach and while South Pas maintained good defensive skills to deflect most of their shots, Blair eventually made the score 2-1.

An immediate second half score for the Vikings pushed the Tigers to send more balls through on goal. After multiple failed attempts to score, South Pas earned two consecutive goals. Freshman Oscar Cassidy scored a scrappy goal off of an incoming cross and sophomore Arden Benitez’s deflected shot sailed into the back of the net, putting the Tigers up, 4-3.

A foul inside the box rewarded co-captain Reo Snyder with an easy penalty, but Blair continued to battle. The Vikings were able to break through the Tigers’ defense and score one final goal.

“Although we are happy about the win, this game was definitely a wake up call and we hope to do better going into the rest of the season,” Benitez said.

The Tigers will compete against the La Cañada Spartans on Friday, Jan. 10 at home.