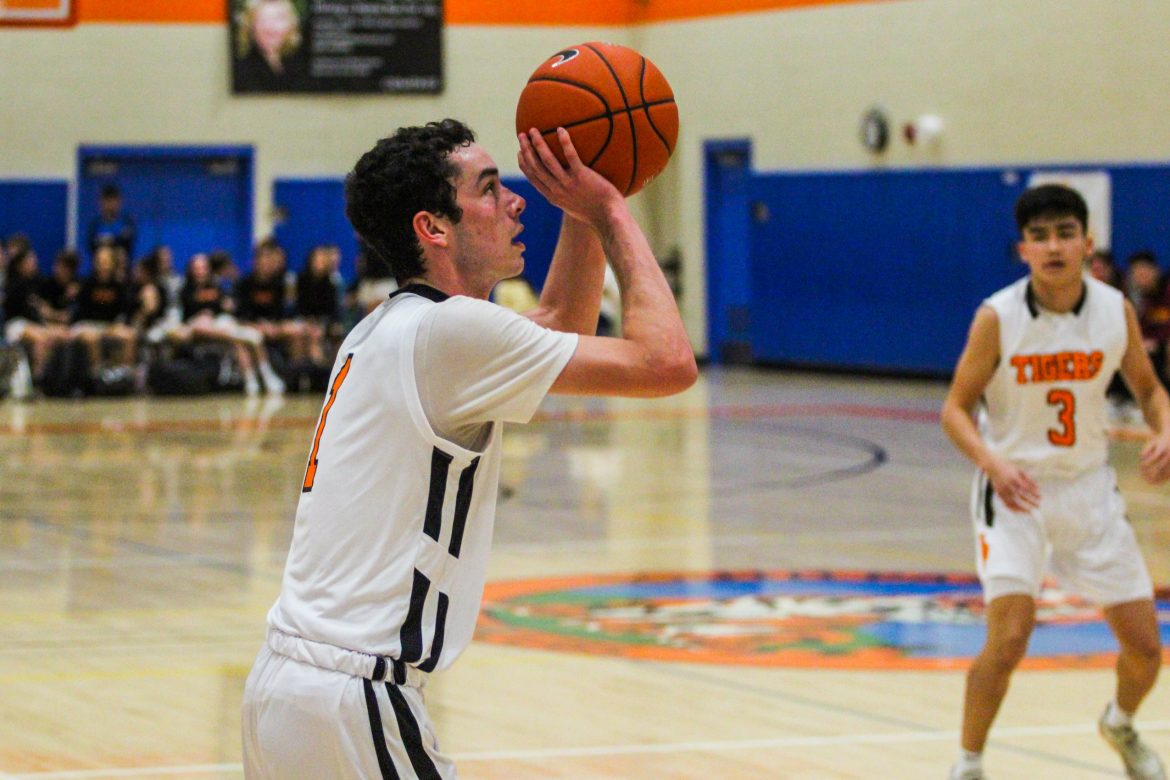 The South Pas offense struggled generate buckets against La Cañada’s suffocating defense, but remained within a few points until the third quarter. Whilethe Tigers failed to capitalize on open opportunities, the Spartans’ sharp shooting in the second half carried them to victory.

The Spartans opened up the match with all the momentum, draining two easy baskets. Three minutes in, senior Alan Quan finally got South Pas onto the scoreboard, cleaning up a miss.

However, La Cañada aggressively crashed the glass and fought for numerous second chance opportunities. The sheer size of the Spartan defense posed a major challenge to the Tigers, but senior Billy Reed III rattled in a three to keep the game close. The low-scoring first quarter ended in an 11-7 advantage for the visitors.

The South Pas offense continued to struggle, with La Cañada forcing a shot clock violation with solid man-to-man defense. When the Spartans seemed to be in full control of the game, senior Preston Sharkey and sophomore JJ Kim came off the bench and provided a much-needed energy boost.

Quan stole the ball and flipped it ahead to Sharkey for a fast break layup and Kim kept the momentum going with a tough contested jumper, giving the Tigers their first lead, 12-11. The next play, Sharkey put South Pas up, 15-13, with an open triple.

However, both teams committed a lot of turnovers, breaking up the flow of the game. South Pas would not score again in the first half and La Cañada ended the second quarter ahead, 17-15.

Reed poured in six points early in the third; he finished a tough and-one layup and knocked down a three, pulling the Tigers within one point.

Still, turnovers hampered South Pas’ success, while La Cañada took advantage of its time with the ball and its lead jumped to 31-23. Catching fire, the Spartans began to hit tough, contested midrange jumpers. Kim halted La Cañada’s 14-point run and electrified the crowd with a hanging, double clutch layup to cut the Spartan lead to 13.

The Tigers cranked up the tempo and generated a handful of open threes, but couldn’t convert on any of them. With four minutes left in the game, South Pas trailed 45-29. The Tigers rallied behind two Reed layups and a Quan trey, cutting the deficit to nine with a minute remaining.

However, South Pas simply ran out of time and ultimately fell, 48-36.

“Going into the game, we knew the challenge that we faced. We felt very prepared and confident especially with the limited number of home games,” Quan said. “We focused our efforts on stopping their best players and we felt that we did a decent job on defense but at the end of the day we just need to make more shots. We had plenty of opportunities to take the lead and we needed to capitalize on them better.”

The Tigers will face Bellflower in a non-conference match on Monday, Jan. 13.