Top Posts
Teachers voice concern over adopted learning models
Community may get a chance to vote on...
SPUSD outlines plans for distance learning during the...
Anti-Zionism cannot be equated with anti-Semitism
Anything goes?
L.A. complies with statewide protections and improvements for...
LARPing: an activity to experience the game beyond...
Residents voice encounters with the SPPD at virtual...
Why affirmative action is necessary
CIF announces athletic calendar for 2020-2021 school year
Home Featured Baseball fails to win against San Marino
FeaturedSportsWeb Exclusive 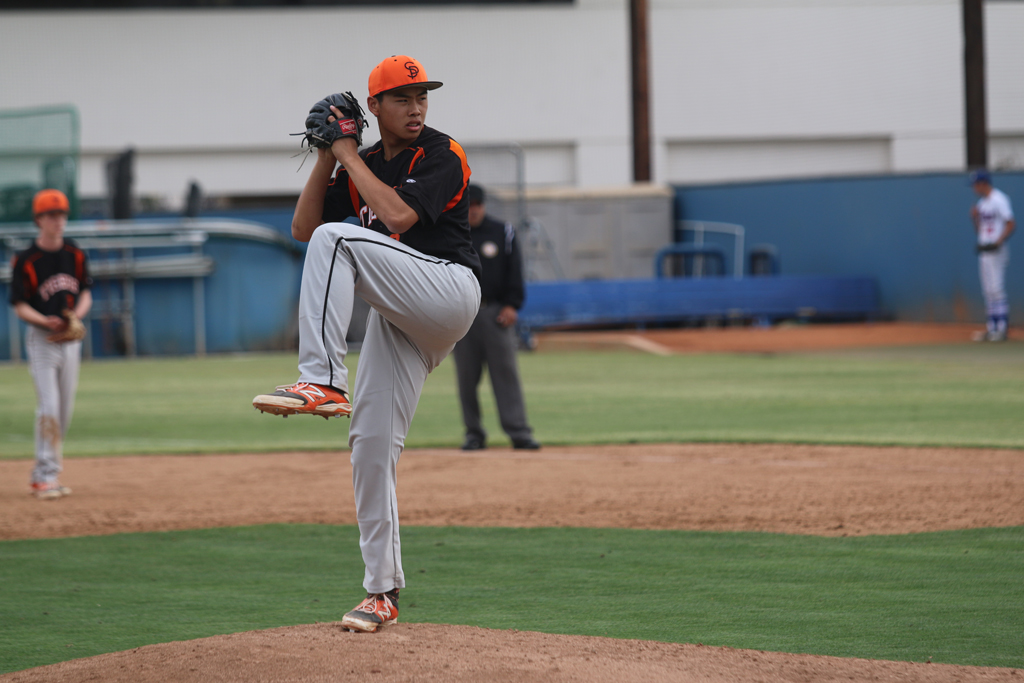 Another defeat rolled through the boys baseball team after its 4-1 loss to school rival San Marino on Tuesday, April 21. With a three game losing streak, the team is struggling to stay alive for the remainder of the season.

The Tigers drew first blood against the Titans when senior Matthew Park speeded home with the help of senior Hermes Ip hitting a sacrifice fly ball to score the first run of the day. This would be the Tigers last run as the San Marino defense would tighten up, determined not let anymore runs scored against them.  The Titans would score at the bottom of the inning to tie up the game 1-1.

The Tigers did their best to ward of the Titans hitting but San Marino scored two runs in the third. From there, both teams were at a deadlock, unable to get past each other’s defense until San Marino hit a homerun in the sixth, which sealed the Tigers fate and closed out the game with a final 4-1 score.

The team hopes to return a victory against San Marino at South Pas on Friday, April 24.