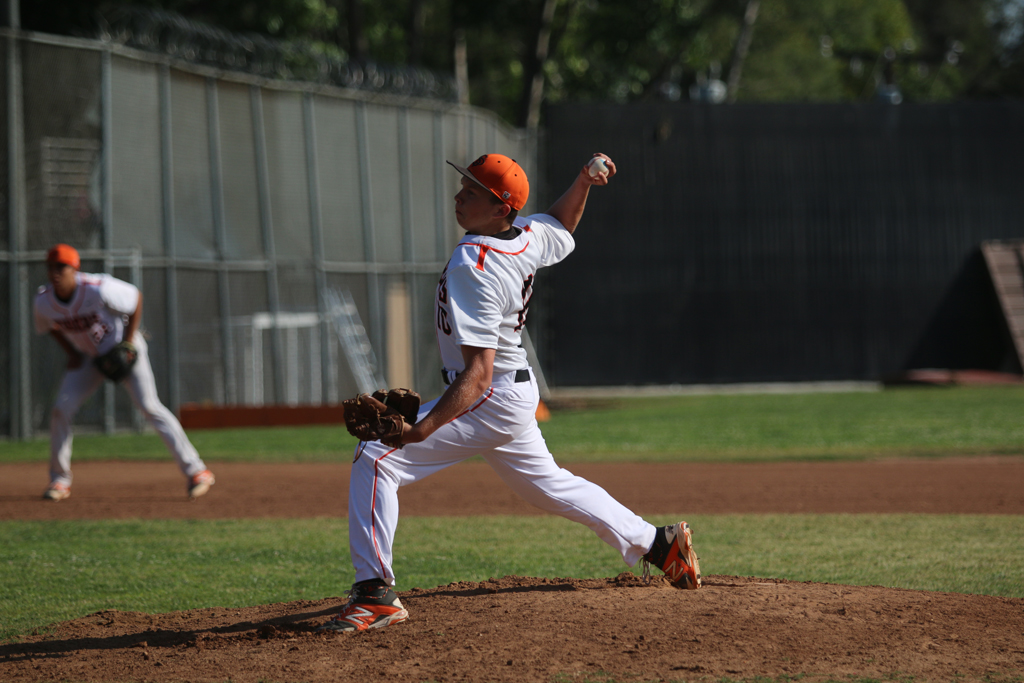 The boys’ varsity baseball team fell to the Monrovia Wildcats 8-1 at home on Tuesday, April 14. This is the second time the two teams have played this season. The previous matchup put a bitter 11-0 taste in the Tigers’ mouth at the start of the season. South Pas was determined not to let a shutout occur again.

Everything was going well for the Tigers, who were heading into the third inning with the game tied at 0-0. The boys managed to keep the score low and lock down the Wildcat’s offense.

However, a dropped fly ball placed the game in favor to the Wildcats, who took advantage of it and scored two runs. Monrovia then benefited from a wild pitch, and lead 3-0 at the end of the third.

Slowly but surely, the runs began to rack up against South Pas after a line drive in the fourth tallied another run for the Wildcats. Offensively, the Tigers were struggling just to reach first base. With inning after inning rolling by, the Tigers couldn’t find a hit.

The Wildcats were heading into the seventh inning on the verge of another shutout over the Tigers. However, senior Andrew Shults hit a leadoff line drive to right center field for a triple, putting South Pasadena in a prime position to score.  It would be senior Paul Amerine who would receive the only RBI of the game to get Shults home. There was no late game rally to be found for South Pas, and the Tigers finished the game on the losing end with a score of 8-1.

The Tigers will get another chance to face the Wildcats away on Friday, April 17.