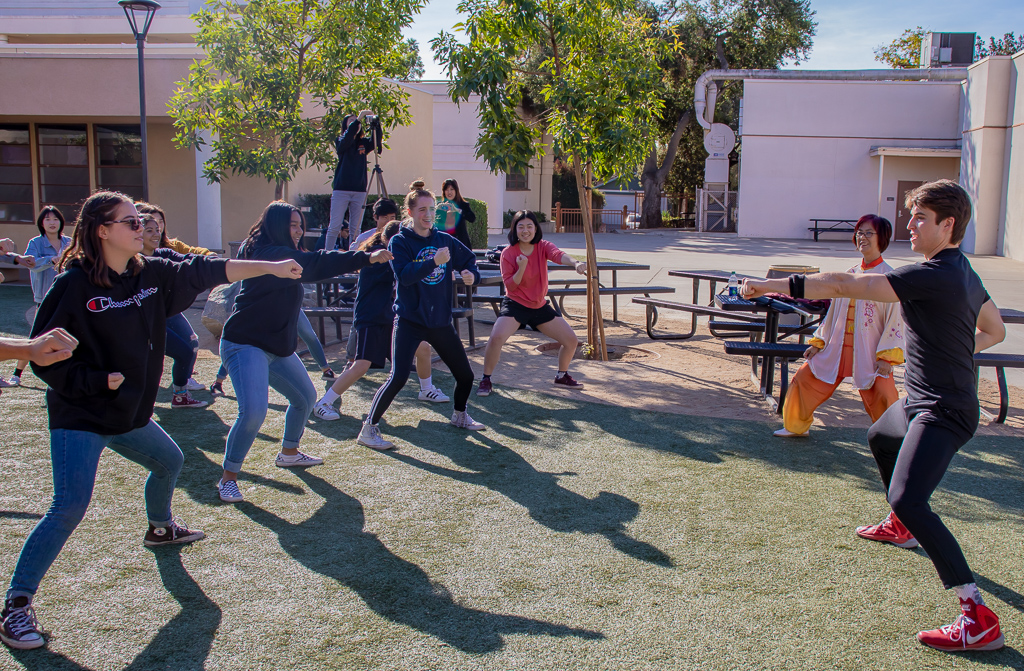 SPHS Chinese language students learned the techniques of modern day martial art styles from Chinese martial arts experts during class Thursday, Nov. 15. The demonstrations, which have been held annually for the last three years, featured live performances and opportunities for students to practice the art forms they learned.

Shaolin Kung Fu expert Sky Patterson and tai chi master Natasha Wang introduced the cultural and lingual origins of multiple styles of Chinese martial arts, ranging from Wudang (Wǔ dāng) to Tai Chi (Tàijí quán). Patterson and Wang emphasized the differences in the physical and mental aspects needed for each form, while performing demonstrations that encompassed sweeping kicks and careful movements. The instructors allowed for student participation in their demonstrations, as volunteers were used as examples of how certain moves could be used to block an opponents attacks and put them off balance. The classes later gathered on the Tiger Lawn to practice kung fu and tai chi stances and routines alongside their respective experts.

“I think students in my Chinese class should realize how cultural learning is so important during the acquisition of a second language,” Cheng said. “[The interaction with students during the demonstration] is much more effective than traditional teaching methods.”

Students in Cheng’s class plan to use the lesson and demonstration to aid in their upcoming project focused on Chinese culture and martial arts.